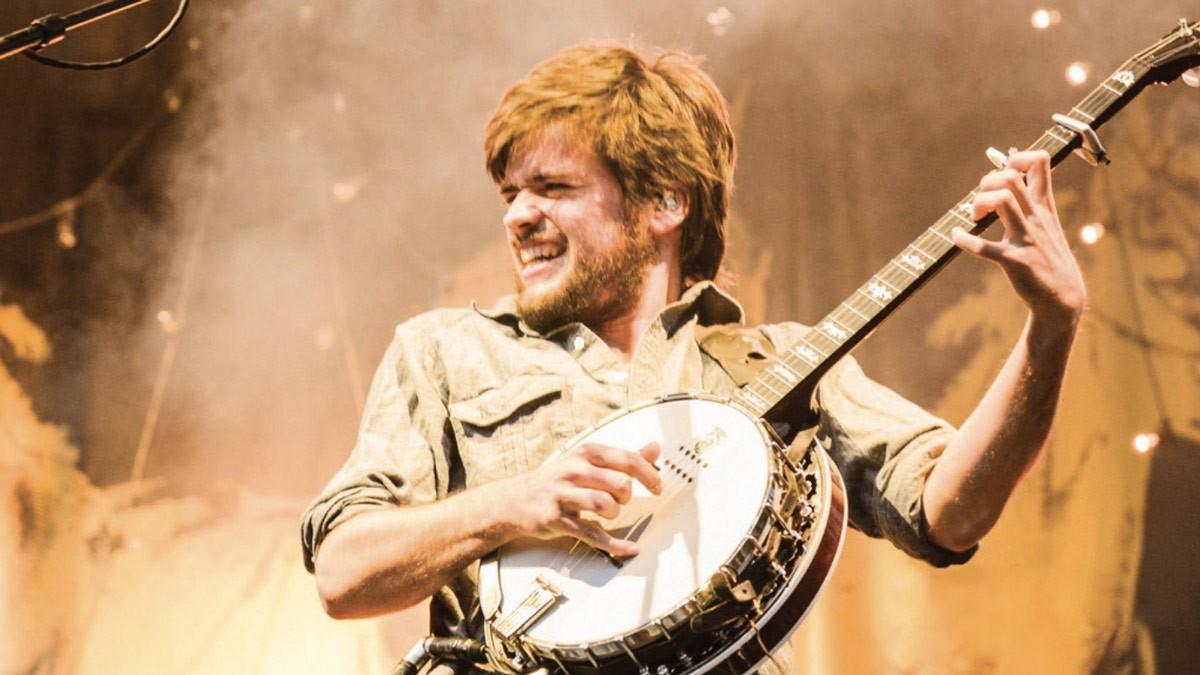 More about “The Banjo”

Listening to the music of Béla Fleck or Mumford & Sons today on an iPod, the plains and forests of West Africa seem rather far away. And yet, those are the banjo’s roots.

The idea of stretching an animal skin across a gourd and tapping on it rhythmically is nearly as old as music itself. Add a long neck and a few gut strings and you have a banjo. The earliest banjo-like instruments originated in West Africa. Griots, or storytellers, played the ngoni or xalam. The akonting, a lute with a long neck and three strings, is probably the modern-day banjo’s closest relative. The instrument journeyed to the Caribbean Islands in the 17th century and eventually to the American South as part of the largest forced migration in human history—the Atlantic Slave Trade.

By the late 19th century, the Industrial Revolution was in full gear. A rising middle class in America’s growing cities enjoyed leisure time to pursue the arts, theater and above all, music. Families spent evenings in the parlor playing the piano and singing popular tunes. The banjo, once seen as the instrument of the “depraved,” was now accepted into this Victorian family setting.

Instrument makers quickly responded to the banjo’s growing popularity and innovation flourished. The construction process moved from small artisan shops to small factories and dozens of banjo makers were operating, mostly in the Northeast. None did more to develop and promote the banjo than Samuel Swaim Stewart in Boston. Rather than being credited with a particular innovation, Stewart brought a scientific approach to the entire manufacturing process. He improved nearly every aspect of the banjo, and by 1891, his 12 workers were turning out 250 banjos a month.

While Ragtime roared in the late 1890s, it was another musical style—jazz—that spurred the next phase of the banjo’s story two decades later… But we can’t tell you the whole story here. Not enough space, and besides, that’s what the exhibition is all about.

You’ll want to visit the Museum to learn more about the “plectrum” banjo, and about Greg and Janet Deering who opened the Deering Banjo Company in San Diego in 1975. Of course, the banjo’s story wouldn’t be complete without the turbulent ‘60s and the folk revival. And the exhibition title does state “A New Day…” so we’ll bring you right up to the present, with the banjo’s integration into orchestral music and the latest innovations going on in the field.

So put away those preconceived notions about the banjo...this exhibition is sure to surprise and delight everyone who visits.