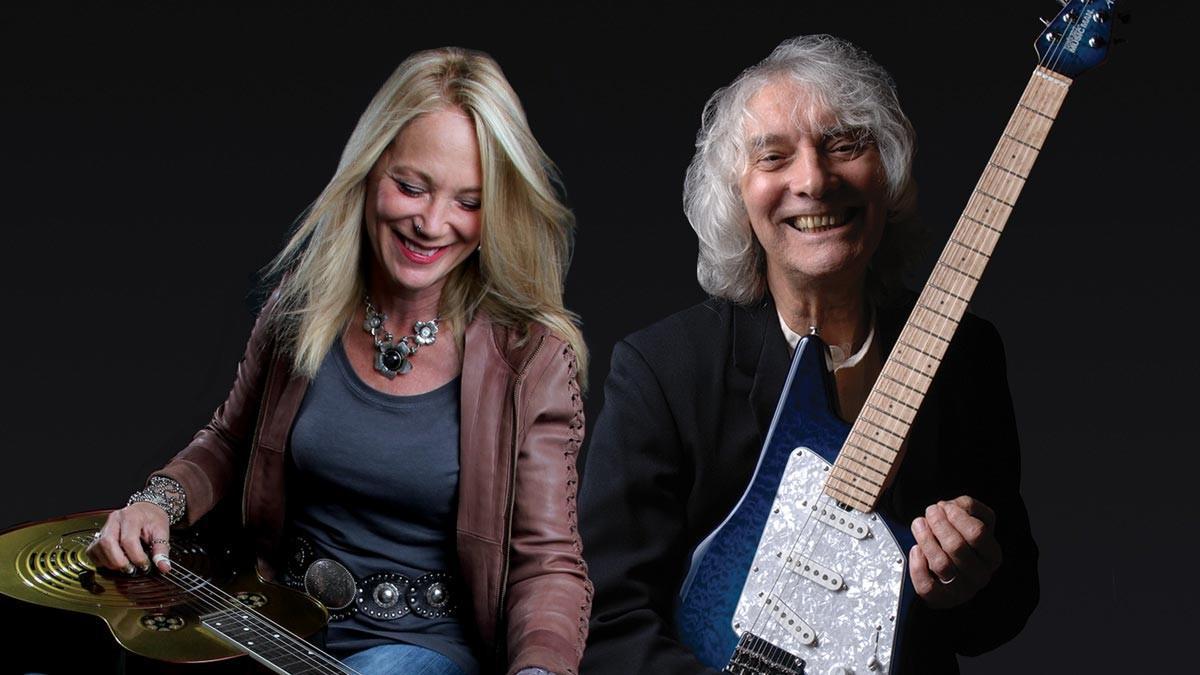 Lee and Cashdollar Play It Forward

The Museum of Making Music invites you to join us for a very special Play It Forward benefit concert featuring the guitarist Albert Lee and slide guitarist Cindy Cashdollar. Albert and Cindy will be backed by a stellar band (to be announced soon on our website) for this sure-to-be memorable, one-night event.

Some of you may remember Lee and Cashdollar performing at the Museum in the summer of 2015. But only about 160 of you...because that’s our concert seating limit at MoMM. This upcoming concert will be something very special and very different, because we are presenting these world-class musicians in the world-class performance space at The Irwin M. Jacobs Qualcomm Hall, a state-of-the-art, 534-seat concert and performance venue located in Sorrento Valley and operated by Qualcomm. The facility features premium acoustics and comfortable seating. A dedicated 700-space parking garage makes this venue easily accessible and user friendly. But don’t let that “534-seat” number fool you. This concert will sell out for sure, so don’t wait to get your tickets.

The Museum’s education programs impact thousands of adults, seniors, students, and children from a variety of economic and cultural backgrounds. The Title One Fieldtrip Program provides free access to the Museum for low-income students from neighboring communities, our scholarship program enables fixed-income adults and seniors the opportunity to learn a musical instrument, and upgrades to the interactive stations throughout the galleries impact all our visitors. This benefit concert helps cover the costs—some $100,000 annually—of these important programs.

Albert Lee is a Grammy Award-winning British guitarist, multiple recipient of Guitar Player magazine’s Best Country Guitarist, and celebrated by fans and musicians the world over for his hybrid picking technique. Known for his use of the Fender Telecaster, signature Ernie Ball guitar, and lightning speed playing, Albert has not only worked in the studio and on tour with some of the biggest names in world music, but he has also maintained a successful solo career of his own.