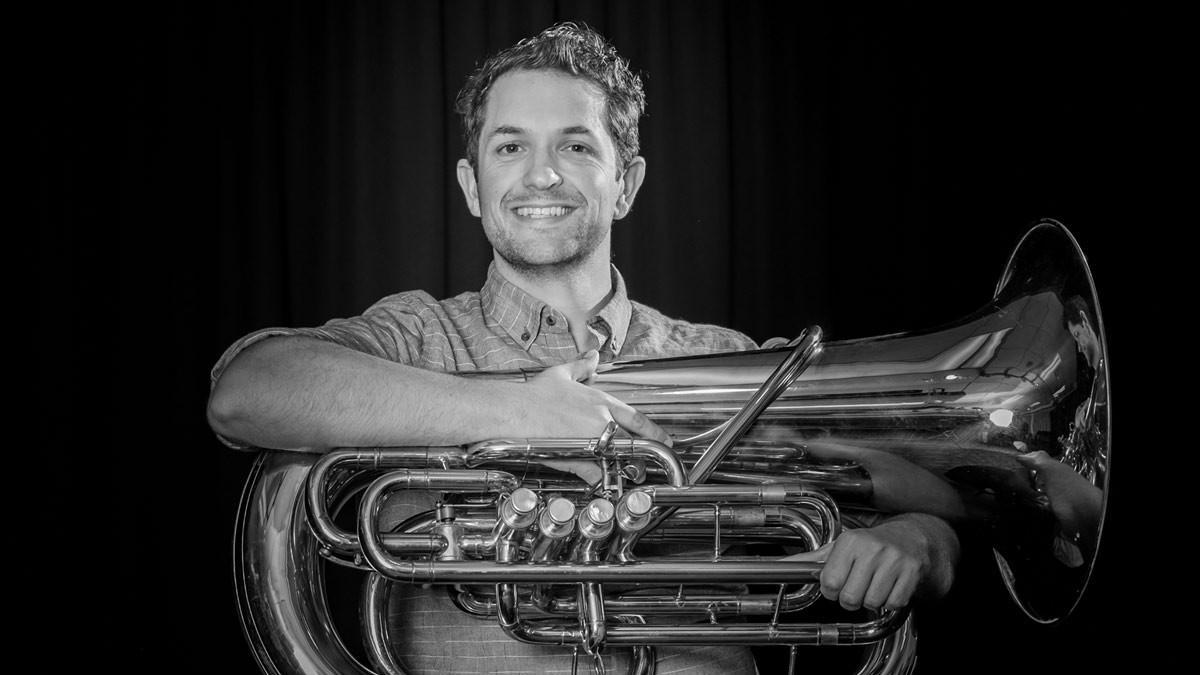 We’re pleased to introduce Jonathan Piper as our new Manager of Museum Collections and Exhibitions. Jonathan was born and raised in San Diego. A classically trained tubist, he obtained an undergraduate degree in music performance from the University of California, Los Angeles. In addition to wide-ranging performance activities, Jonathan worked in the university’s music library and nurtured loves of music theory and music history while there.

With his tastes leaning toward the contemporary—including a solo recital and senior thesis project both highlighting contemporary music—he then joined the University of California, San Diego Music Department’s Critical Studies/Experimental Practices program (now called Integrated Studies), known for its focus both on contemporary music and on non-traditional approaches to music scholarship and music-making. There, Jonathan worked as both a teaching assistant and an instructor, leading courses on popular music and music history. After completing a master’s thesis investigating intersections between emo music and suburbia, he then started looking into questions about how musical behaviors change as recordings move from physical to digital formats. This led to conference presentations with the Society for Ethnomusicology and the International Association for the Study of Popular Music. Before long, Jonathan realized that he actually loved physical media, even in the act of listening to music (yes, he buys new music on vinyl). To his advisor’s chagrin, he changed topics again to write a doctoral dissertation on doom metal—an especially slow and heavy form of heavy metal (where, coincidentally, new recordings are commonly released on vinyl).

After UCSD, Jonathan joined the La Jolla Music Society as Education Coordinator and later Education Manager. He helped to oversee the Society’s education programs, which included classes with visiting musicians, free concert tickets for students around San Diego County, and a free after-school music program serving economically-disadvantaged areas. On a moment’s notice, Jonathan decided to change paths and join a small San Diego-based software company, working his way up to become manager of the product support team. While the switch made some amount of sense—providing support, training team members, and leading sales demonstrations checked a lot of the same boxes as classroom teaching—Jonathan felt profoundly disconnected from the things that make him happy: working with physical objects, sharing interesting stories face-to-face, and, of course, music.

Jonathan is thrilled to join the team at MoMM where, as the Manager of Museum Collections and Exhibitions, he’s able to follow all three passions. He’s already knee-deep in the existing collection and looks forward to highlighting the stories of the music products industry for years to come. And the tuba? He plays that, and the jug, in a local jug band called the G Burns Jug Band.