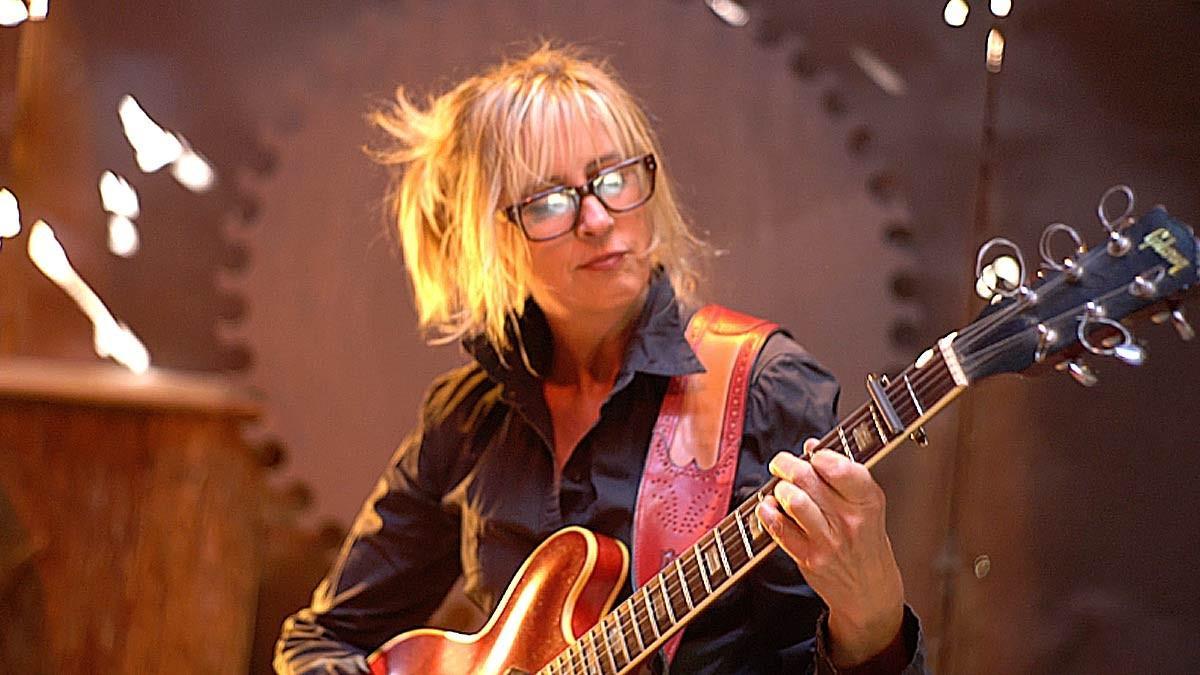 Cindy Lee Berryhill marks an affecting, intimate, and dazzling return to record-making with The Adventurist, an ambitious song cycle set for release by Omnivore Recordings.

Encinitas, Calif.-based singer-songwriter-guitarist Berryhill describes her elegantly crafted set of new original compositions — her first release since 2007’s Beloved Stranger — as a collection of “tone poems about the experiential feeling of enlovement.”

Written and recorded over the course of the last five years and funded in part by a Kickstarter campaign, The Adventurist was co-produced by Berryhill with David Schwartz, Sheldon Gomberg, Ben Moore, and Lee Ray. Contributing musicians include singer-songwriter Syd Straw, Probyn Gregory and Nelson Bragg of Brian Wilson’s band, DJ Bonebrake of X, and David J Carpenter of Dead Rock West.

While it eschews biographical detail or a confessional tone, the album was inspired by Berryhill’s life with her late husband Paul Williams. Founder of the first modern American rock magazine Crawdaddy in 1966 and a prolific writer and critic, Williams married Berryhill in 1997. Two years earlier, Williams suffered a traumatic brain injury in a bicycling accident. Following the early onset of dementia in 2004 and deepening medical challenges, he was placed in full-time care in 2009; he died in March 2013.

Berryhill says, “I vowed to write Paul a song cycle. Not songs of sadness or the despair I’d felt, but songs that reflected the love I had for him, and a remembering back to the enormous flood of feelings we’d had on meeting and courting. I wanted to write songs that felt like they’d come from that muse-driven place we feel when we fall in love.

“It’s about going from the partner you’ve always wanted to be with,” she adds, “to acceptance, and the realization that that isn’t going to be anymore, and the scrambling that happens, and the various levels of grieving, which includes restlessness — ‘I want to run away! I want to get lost in somebody else.’”