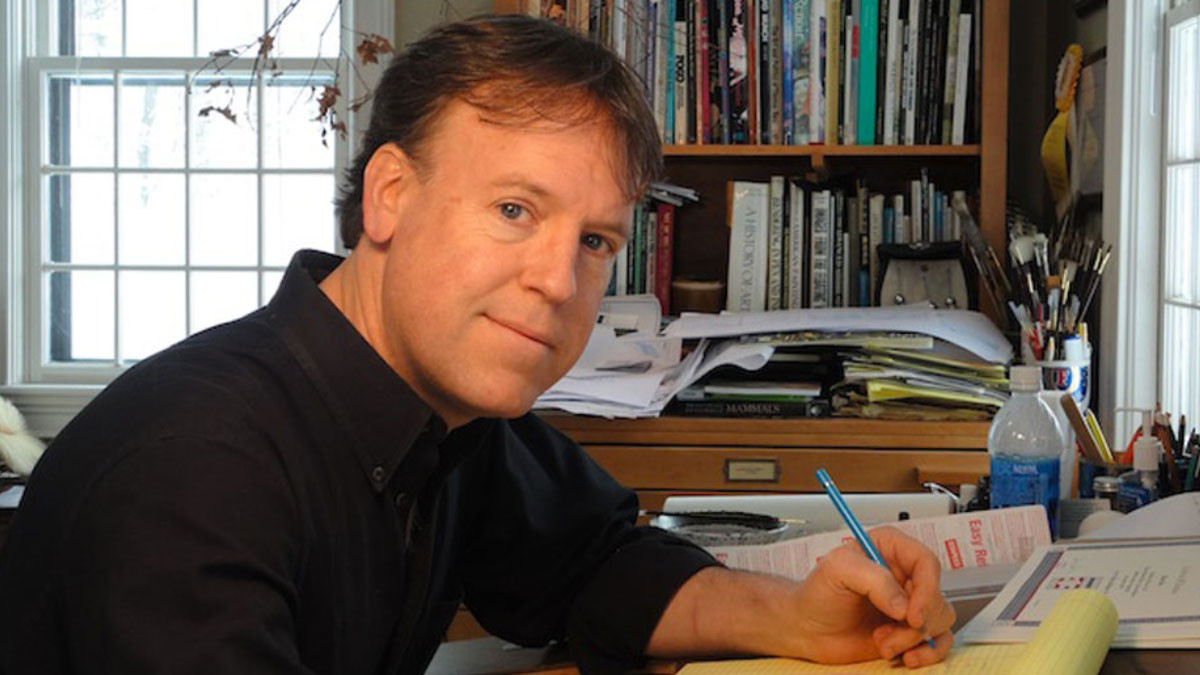 Brian Lies is a native of Princeton, NJ, who graduated from Brown University in 1985 with a degree in British and American Literature.  He attended the School of the Museum of Fine Arts, Boston for two and a half years, and began doing editorial page illustrations for numerous publications, including the Boston Globe, Chicago Tribune and Christian Science Monitor.  He illustrated his first children’s book for Houghton Mifflin Co. in 1989, and has since illustrated nearly thirty others, including his acclaimed 2019 Caldecott Honor book, The Rough Patch, and the New York Times bestselling bat series, including Bats at the Beach, Bats at the Library, Bats at Ballgame and Bats in the Band.

Brian’s books have been nominated for numerous state awards and have won several, including the Bill Martin, Jr. Award (Kansas), and have been translated into many languages. He has also won many awards for his political illustrations in newspapers and magazines.  His work has been featured on The Martha Stewart Show, named as a top ten book of the year by Time/CNN, and read aloud on NPR’s Weekend Edition Saturday by Scott Simon and Daniel Pinkwater.

Brian nearly stopped reading in the third grade, but he was encouraged by his local librarians and rebounded, becoming an avid, lifelong reader, so he feels very strongly about the importance of getting young people to read.  Brian spends part of the school year traveling throughout the United States to work with students and encourage them in their goals.  He lives with his family in Duxbury, Massachusetts.