GRAMMY-winning trumpeter Curtis Taylor’s lyrical and melodic improvisational style displays a level of maturity far beyond his years. His unique blend of soulfulness, harmonic sensibilities and rhythm melt together for an unforgettable sound that directly connects with the soul of the listener. According to Taylor, “When played honestly, music is the ultimate conveyer of truth and beauty.” 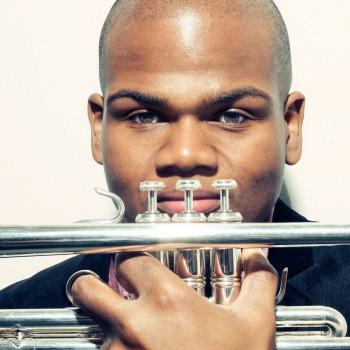 Grammy Award winning trumpeter Curtis Taylor’s lyrical and melodic improvisational style displays a level of maturity far beyond his counterparts. His unique blend of soulfulness, harmonic sensibilities and rhythm melt together for an unforgettable sound that directly connects with the soul of the listener. According to Taylor, “ When played honestly, music is the ultimate conveyer of truth and beauty."

In 2007, Taylor completed his B.A. in Jazz Studies at Michigan State University, where he studied with Derrick Gardner, Wess Anderson and Rodney Whitaker. Two years later he went on to attain his Master’s at Rutgers University where he studied with the late William “Prof" Fielder. Fielder was a legendary educator who taught many jazz notables such as Wynton Marsalis, Terence Blanchard, Sean Jones and Terrell Stafford.

Artist Website
CONCERT & EVENT FAQs
Event Seating
For seated events that take place at the Museum, the venue is divided into two seating areas: Premium and General. Premium Seating comprises the first several rows of seats for guests who wish to sit closer to the stage. General Seating completes the remaining available space. Seating capacity for the venue is limited to 150 guests.
Open & Reserved Seating
For seated events at the Museum, the seating format is open seating (first-come, first-served) within each designated seating area unless otherwise specified. Reserved seating is available as a benefit through the Museum's Listening & Visionary Track Membership programs.
Will Call & Seating Times
Will call check-in typically begins one hour before the start of an event. Seating begins roughly one half-hour before the event start time.
Food & Beverage
No outside food or beverage is allowed in the Concert Venue or in the Museum Galleries.
Accessibility
If you have any accessibility concerns or requirements, please contact our staff at (760) 304-5844 with seating requests or accommodation questions.
Intermission
Most (but not all) concert events will have a brief intermission. During this time, the Museum Galleries and Gift Shop will be open for guests to visit.
Wait List
The Museum does not maintain a wait list for sold out events, and we cannot guarantee that a seat will open up after an event has sold out. We recommend purchasing tickets well in advance to ensure you have a seat for a particular event. Subscribe to our eMail list to stay informed about upcoming concerts!
Ticket Refund Policy
All ticket sales are final. If you cannot use a ticket for an upcoming event, please consider donating your ticket back to the Museum of Making Music. Tickets may be transferred to another guest or donated back to the museum anytime up to 24 hours in advance of an event by calling (760) 304-5844. Tickets cannot be donated back to the museum after an event has already begun or has passed.
Excessive Volume
Listening to sounds at an excessive volume over prolonged periods of time can damage hearing. Though the Museum attempts to maintain control over concert volume levels, there are instances when performances can achieve high volume levels. The Museum makes hearing protection available in the form of complimentary foam ear plugs. These can be obtained at any time upon request.
© 2000 - 2020 Museum of Making Music
To Top