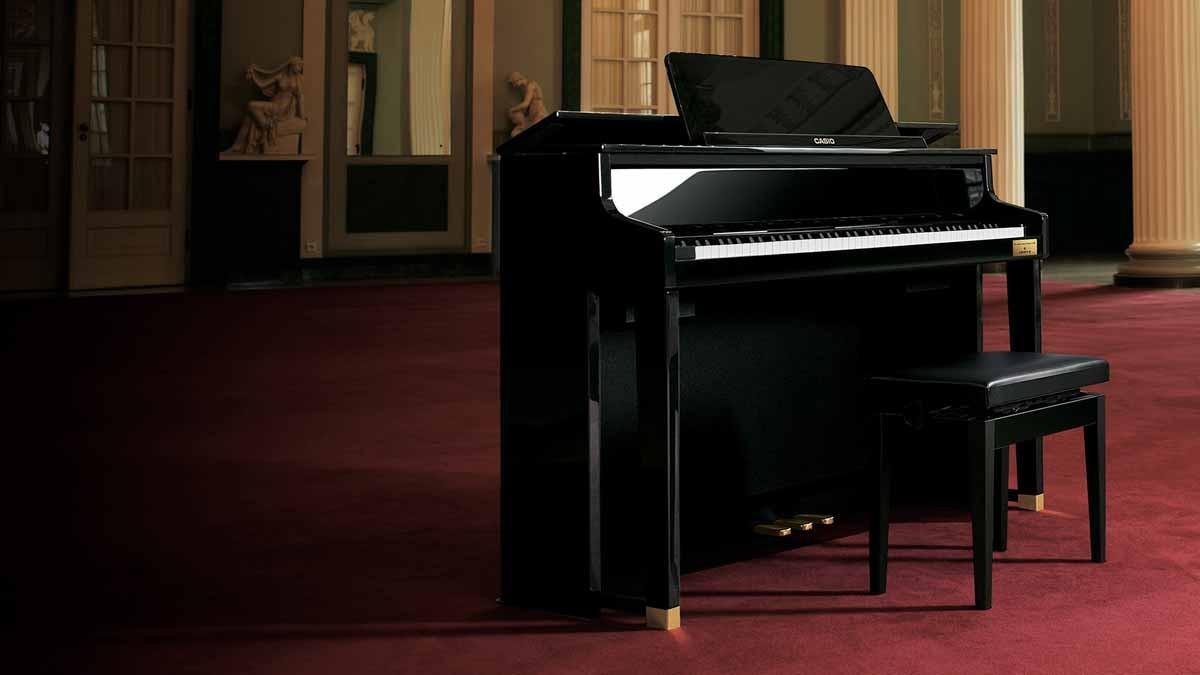 Casio moved into the musical instrument market in the 1980s. This move was natural for Casio given their experience with electronic and digital technologies. It was also smart since digital keyboards were becoming prominent in various music genres at the time.

Casio’s reasonably priced instruments resonated with non-professional consumers who wanted to make music and simply needed access to the right tools. That said, Casio realized there were other opportunities on the horizon.

Throughout its 35+ years, Casio has leveraged their electronics expertise into several types of instruments, including digital drums, guitars, and even horns. 2003 saw the launch of the first Privia 88-key digital piano. According to Casio, the arrival of the Privia “shocked the music industry with a yet-unseen combination of realistic piano sound and feel, light weight (25 pounds), and affordability.” Privia has since evolved into a full and varied line of instruments.

Today, the success of the Privia and other lines has established Casio as a worldwide leader in digital pianos. Recently, in response to a resurgence of interest in synthesizers and the popularity of electronic dance music (EDM), Casio has introduced a new series of professional synthesizers. While Casio’s new electronic and digital music instruments are in the hands of many professional musicians, the company still retains its core values of affordability, accessibility, portability and user-friendliness for which Casio is known. And recently, some musicians have even showed a renewed interest in collecting and customizing Casio’s early keyboards, looking for retro sounds.